Cooperation with the University of Tyumeny, Russia 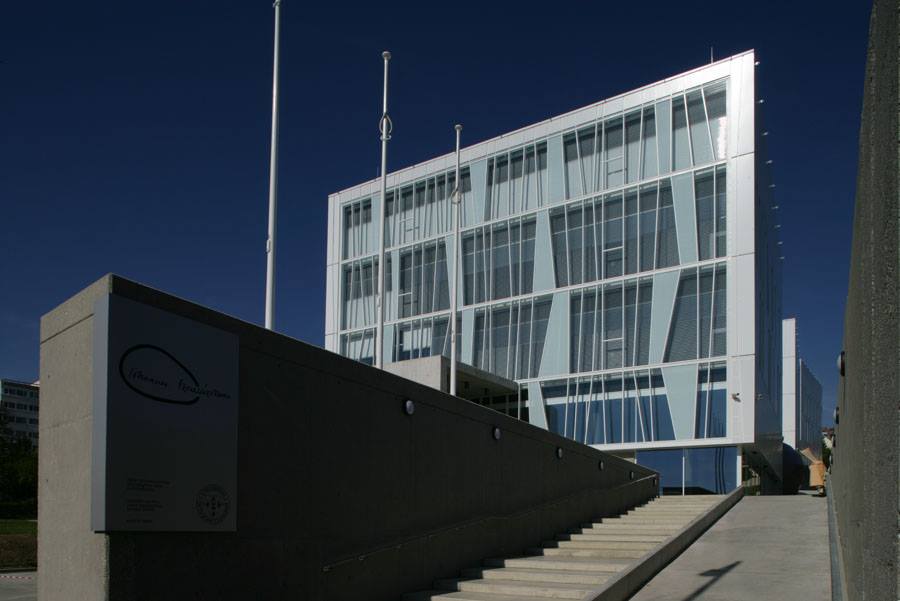 The Szentágothai Research Centre (SzRC) and the University Tyumeny (UTMN) jointly succeeded on the call of the Academy of Sciences of the Russian Federation „The connection of fundamental and applied knowledge in modern neurosciences, biology and the humanities, their representation in artistic and mass culture based on the activities of scientific laboratories Hungary and Russia " in 2021. However due to the pandemics the cooperation under this project was carried out virtually until now. In November the delegation of UTMN with the leadership of vice rector, Andrey Tolstikov and director of the Institute of SotsGum of UTMN, Igor Chubarov and their colleagues visited UP and the SzRC.

The institutes are brought together by a common scientific agenda - life sciences with a focus on biosafety, interdisciplinary approaches to research, which makes comparisons of laboratory life and science funding systems of the two countries highly representative and interesting to the wide scientific community. One of the goals of the project is to investigate the possibility of mobilizing scientific teams to solve new problems in the field of biological safety, including in case of emerging threats – especially regarding infectious and zoonotic diseases. One of the pressing issues is related to the analysis of the modern realities of biosafety - the need of a prompt response from science in a crisis of limited time and resources, such as the current COVID-19 pandemic. SzRC demonstrated the fundamentals of excellence at the research centre, the two National Laboratories and the Virology Research Team and laboratories.

During a meeting with the Vice-Rector for Science and Innovation of the University of Pecs, Attila Felinger, the First Vice-Rector of Tyumen State University, Andrey Tolstikov, spoke about the strategic academic leadership program "Priority 2030", and in particular about the strategic project "Biosecure World", proposing to consider the possibility of coordinating the scientific agenda, joint preparation of highly demanded personnel in the field of life sciences, organization of student exchanges and the development of other joint projects of the two universities.

Colleagues of the research centres initiated further joint research projects in the field of neuroscience, virology, food safety and multidisciplinary studies including behavioural studies, humanities and bioethics. The members of the Hungarian project team plan their corresponding visit to Russia during the Autumn of 2022.